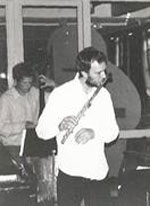 Magnus Båge is a well-respected and prominent flutist, composer, conductor, arranger, producer, pianist, entrepreneur, innovator, pedagogue, and project manager – with a great amount of experience in all mentioned fields.

Magnus Båge has been a professional flutist since 1990. In recent years, he has worked as a freelance musician and devoted time to his solo-career, chamber music, jazz studies, and his own compositions. In addition, he has participated in numerous different contexts such as in orchestral music, reed-music, as a soloist, and most recently, he has played crossover jazz on a number of scenes in Sweden.

Magnus received his soloist diploma at the Stockholm Royal College of Music (KMH) in 1994 after performing Mozart’s Flute Concerto in G-major together with The Swedish Radio Symphony Orchestra.

Numerous Swedish composers have written pieces directly for Magnus. In September 2015, Rolf Martinsson’s flute concerto Shimmering Blue was premiered in collaboration with Umeå Sinfonietta, and during the spring of 2009, a flute concerto composed by Jan Sandström was premiered, commissioned by Dala Sinfonietta, Umeå Sinfonietta, and the Swedish Chamber Orchestra in Örebro. In February 2011, Magnus premiered the Concerto for flute, strings, and harp composed by Anna-Lena Laurin in collaboration with Camerata Nordica with Musik I Syd. The performance was recorded and is scheduled to be released in 2019. 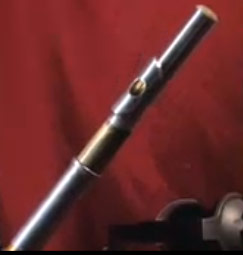 Magnus has his own invention which is a special mouth-piece that he calls The Expression Slide. It enables him to create sound effects on his flute that otherwise would be impossible to produce. The mouth-piece has been used in all of the compositions that have been written for him.

His first solo album (Flute Music, SFZ 1005) was released during the fall of 2003 and received extraordinary reviews both in Sweden and abroad. The renown flutist Sir James Galway wrote “This is a real knockout recording… not another flute record but a milestone in flute playing” after listening to the album. The recording with Malmö Symphony Orchestra “Shimmering Blue” (Open Mind, DAPHNE 1029) (2007) has also received astonishing reviews.

Since 2006, Magnus has taken lessons in composition and has regularly written original pieces and is now on his way to further establish himself as a composer and arranger. His newly written opera for children – Den förskräckliga historien om Lilla Hon will be performed across Sweden during 2018 and 2019. His composition Missa Brevis has received standing ovations since its premiere in March 2017 and is now performed by a number of church choirs in Stockholm.

Premiere of Anna-Lena Laurin’s flute concerto, with a recorded version.

Missa Brevis – for choir and septet.

Little She – opera for quartet and three singers.

The sun is shining down on you – ten children’s songs – published on Wessman’s Publishing and are arranged for symphony orchestras, soloists, and children’s choirs.

Instructing students who are training to become flute instructors.

Masterclasses in Sweden and Russia Masterclass and Education, Södra Latin 2011 –2012

Toured together with musicians from Bergen’s Philharmonic Orchestra and performed several concerts and solo performances.

Swedish Tour 2004
An intensive program including twenty-one concerts. The program was performed together with Samuel Fröler and Bengt-Åke Lundin.

Flute and Guitar 2011–2013
Collaboration with the guitarist David Härenstam – tours and concerts.